For those of us who work in the business of helping toy & game factories to change manufacturing sources, the most obvious observation to be made is that toy sourcing is generally a habitual thing. Same old factories in the same old places (often shipping the same old products!). Clearly secure and stable supply chain is a critical foundation for success in toys or in any consumer products business. Yet sometimes sticking with the same old habits is more a matter of inertia than a logical decision. Typically, the saying “if it ain’t broke, don’t fix it” applies.

Sometimes we need to take advantage of sudden change, or even crisis to make changes which have been required for a long time, but we just haven’t got round to making. For many toy companies, sticking with the same suppliers in southern China, year after year, despite ongoing cost inflation due primarily to ongoing wage inflation seems a little like a frog in a pan getting slowly boiled without realising it! There is no doubt whatsoever that China has become an ever more efficient and reliable manufacturing hub, but the hard reality is that China’s rapidly growing economy has long since made such labour-intensive production as we have for toys less and less viable for export. China’s economy is ready to move onwards & upwards to producing higher tech products which will allow workers to be paid more, and we should all celebrate that.

For the last 6 or 7 years, the biggest toy companies have been diversifying their supply chains away from a near total reliance on China to more like 50% or 60% of supply coming from China. India has been a major beneficiary of this, as toy companies seek to move to another Asian country with abundant and cheap labour as well as an existing industrial production base due to India’s role as a major automotive manufacturing hub.

One of the questions we need to consider though is whether the container crisis which is ongoing throughout 2021 should make us consider ramping up our ‘nearshoring’ supply. We have got into the habit of manufacturing products on the far side of the world and shipping them back across the planet. Aside from being environmentally wasteful, this is also only worth doing where the cost advantage allows, due to the impact it has on our ability to resupply on fast moving items and due to the cashflow implications of having stock (and therefore cash) on the water for 1/12th of the year.

It would be interesting to know how many toy companies have actually fully assessed the nearby manufacturing options and compared costs with Asian suppliers. The reality of course is that the toy business is a highly cost sensitive business – this isn’t the place for a lecture on price elasticity, but we do know that retailers only tend to ask for pricing to go down, not up – so we do need the most competitive pricing we can find.

The major cost component with toy manufacturing which is variable from country to country is labour. That’s why we went to China in the first place, because labour was dirt cheap. Today the labour in India is about as cheap as we can expect to find. And because 2/3rds of new products are new every year, there is not enough scope to automate production to remove human labour (at least not at this stage of robotisation & AI development).

The cost advantages though of buying from Asian factories have to a degree become more marginal over time, and perhaps it is time for toy companies to use the current shipping crisis to more fully investigate local manufacturing alternatives. For European companies, the two obvious options are Eastern Europe and Turkey. For North America, the obvious option is Mexico. For sure some people will say that these areas are underdeveloped for toy manufacturing and too expensive, but right now India’s toy manufacturing is growing rapidly with massive investment going into putting up new toy factories. We receive an enquiry every day or every other day from an Indian manufacturing company wanting to get into the toy busines. The same would happen in ‘near shore’ manufacturing hubs if demand were there.

So, we suggest that toy companies more thoroughly look around closer to home for toy manufacturing for at least a proportion of their manufacturing needs to mitigate supply chain risk. And of course, if you are looking to save money within Asia, then our toy factory partners in India are typically saving customers 5-10% on FOB prices, please feel free to get in touch if we can help!

Would you like to book in a paid for consultancy call with our team to run through your manufacturing challenges & to get advice on your options? Or if you are a factory looking to better understand the toy business, or to set up a new toy factory ,maybe you can benefit from a Consultancy phone call? For more information/to book a call, please click here: https://www.kidsbrandinsight.com/toy-business-consultancy-calls/ 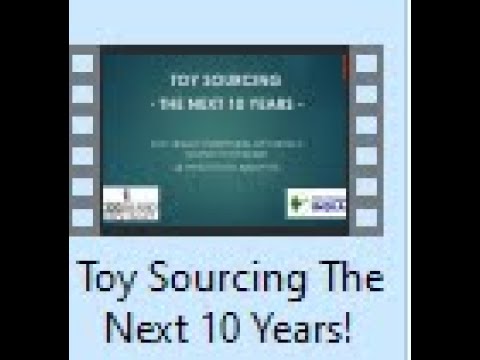